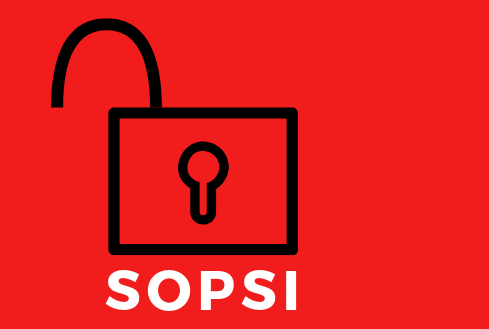 The importance of open science has become more and more salient in the past few years. Prof. Evie Vergauwe and Dr Alessandra Souza have contributed to this field in their project Swiss Open Psychological Science Initiative (SOPSI) by providing an opportunity to train young researchers in a sustainable way and to create a culture of open, collaborative science among Swiss-based psychologists.

Despite the ongoing efforts to promote open science in Switzerland, Prof. Evie Vergauwe and Dr Alessandra Souza are convinced there is room for more, especially when comparing Switzerland to other countries such as the Netherlands or the UK that have been pushing continuously in this field. Both researchers took the opportunity of the seed funding scheme within the UNIGE-UZH strategic partnership to promote open science in their field.

With the aim to understand the current situation at the University of Geneva as well as the University of Zurich, but also more broadly within the Swiss landscape with regards to open science and reproducibility, Prof. Evie Vergauwe and Dr Alessandra Souza created a survey which was directed at all universities. This, in turn, gave an understanding of “what people thought concerning open science and what were their wishes with regards to training in this area”, agree both.

Equipped with this understanding, Prof. Vergauwe and Dr Souza planned and organised two workshops, in Zurich and Geneva, that targeted the areas mentioned in the survey, such as Bayesian statistics, preregistration, and open data and open materials.

Although the workshops were primarily targeted at psychology, there were attendees from other fields as well. “Open Science needs to be an integrated part of the university and what we teach,” says Dr Souza. Given the interest and success of the workshops, “events like this could happen about every second year or so to keep up the progress and assess and learn how people are actually incorporating the practices into their research lifecycles,” remarks Prof. Vergauwe.

Moreover, the workshop brought forward other aspects as well, and included university staff not strictly limited to researchers: members of ethics committees, librarians, and data protection specialists. Different participants involved have different viewpoints on the same topic. With regards to the open data and data protection, for example, room was created to discuss and see the challenges the different actors face in their work and “fostered understanding between each other,” acknowledges Prof. Vergauwe.

Joining forces between the two universities and organising the events together made the workshops not only a university affair but more profoundly a Swiss endeavour. This created a wider interest, made it more attractive and its impact even bigger.

More broadly, collaborating within the strategic partnership between UNIGE and UZH facilitated the work together, be it in terms of infrastructure or organisation of the events, as it could be directed at the specific culture and departments, in order to bring people together and create a network that could support each other.

These events have, moreover, catalysed further projects. With the support of Prof. Vergauwe, the Swiss Reproducibility Network was created together with Prof. Leonhard Held (University of Zürich) and Prof. Hanno Würbel (University of Bern), similar to the reproducibility network in the UK. The goal of this network is similar to that of SOPSI: to foster open science, better and reproducible science, but in a more interdisciplinary manner, involving different universities as well as different fields. With this in mind, the aim is to create international networks. Portugal, for instance, is a country working eagerly to this pursuit, now also with the efforts of Dr Souza who is currently a researcher at the University of Porto. She has been working to foster open science in her current department as well as creating a similar national Portuguese network. She will also represent Portugal in the European Summit which will take place in Bern, Switzerland in September 2021.

Both Dr Souza and Prof. Vergauwe are keen to encourage other countries to create similar networks with the goal of fostering Open Science and reproducibility networks not only in the field of psychology, but also with a more transversal and diverse approach.

Find out more about the work of the researchers: